10/28/2004 -- Still too damned hot to work outside, but I wanted to get SOMETHING done. A few weeks ago, I got a 1970 grill from e-Bay. Lost the receipt, but I think it cost around $75 with shipping.  I put it on and attempted to wire up the lights from the 72 Grabber I bought a few months back. Currently having a grounding problem, as the lights turn on when signaling, but do not blink. They also prevent the other lights on the car from blinking. I will have to work on these abit more before I get them on and blinking right. I think, that since the 72 was under water many times, the ground issue is inside the bulb-socket. May just replace them with either the old ones or buy new ones from Hi-Lo. The old ones look good, but they are too long, so the bulb sticks out too far to put on the lens cover.

Found lens covers on e-Bay, bidding around $55 for them, but someone Buy-it-Now'd before I won them. Another set is on there for $80, Buy-it-Now only. It is probably the same seller as before after he pulled them not wanting to lose them for under $60. $80 seems a bit high, for plastic lenses. $55 seemed a bit high also. I will wait until I find a better deal.

Also found a replacement dome-light lens. I have been watching e-Bay for near new or NOS lenses, but they have been really pricey. Found one on the HELP! aisle for only $4.99, got  it home and it fits PERFECTLY!

I will work on the bulb/sockets this afternoon if it cools down a little. Cold front comes through tomorrow, then a stronger one on Monday, hopefully it will be FALL finally.

10/29/04 -- 2:35pm I just finished with the lights. They work pretty good. Had to do a little soldering to put in a ground wire, just to make sure they have, and continue to have, a very good ground. Work like a charm. Also took the old "Maverick" emblem off the original grill and put it on the new one. Never seen one there before, but it looks pretty good. I can always take it off later if I want.

Then, get inside to check e-mail, and find that I actually WON those NOS lens covers for the signals! I am also winning a good-looking grill ornament. That auction will be over in a couple more days.

10/29/04 -- Lost the grill emblem. It got too expensive to keep bidding on it. I may have to devise my own thing there, maybe using the emblem off of an old gas cap.

Pictures of side and front with new bumpers and grill compared to stock. Still haven't decided on keeping the "Maverick" on the grill. Comes off in 3 minutes if/when I change my mind. 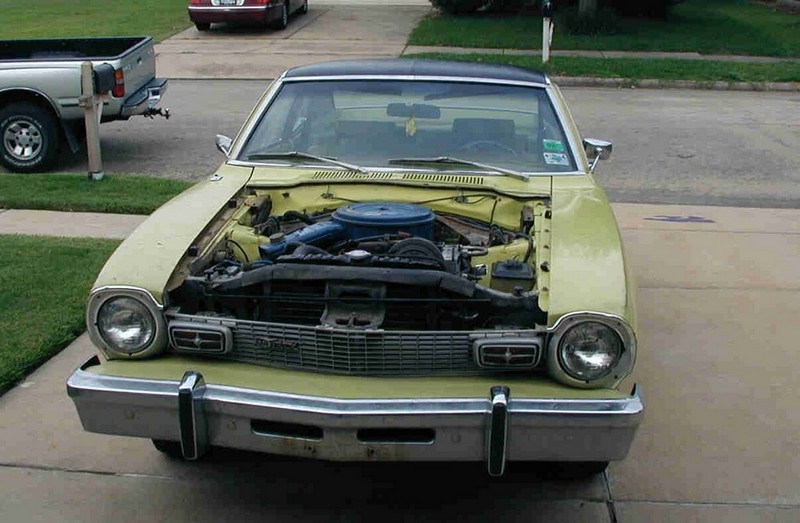 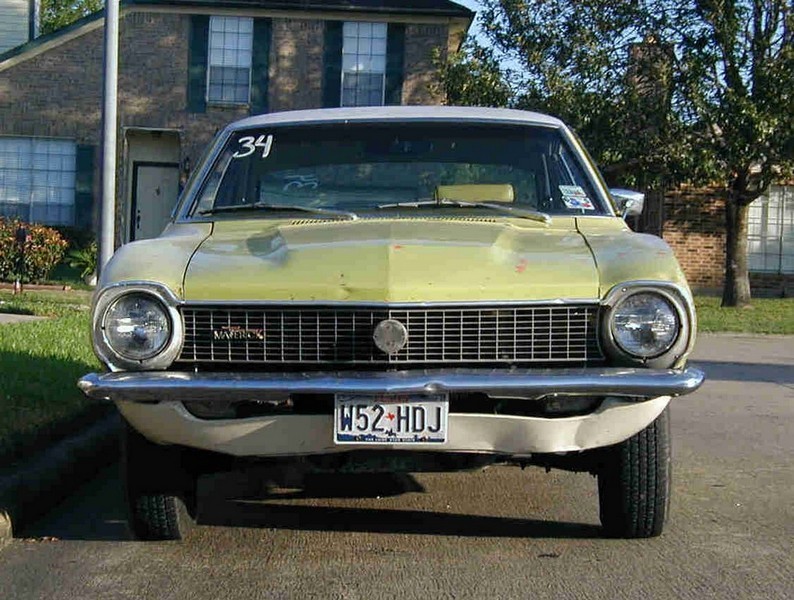