7/8/07--The rain finally stopped so I had a day to mess around with things.

First, I got rid of most of the shuddering from the drive line by doing a 180-degree rotation on the driveshaft, lightly tightening the nuts until the lock washers were flat, and letting off some of the preload on my Cal-Tracs.

Then messed with the carb and got most of the hesitation out of it. Still a little left, but might be just maxed out my 600 cfm carb...?

Then, the only thing I finished completely... 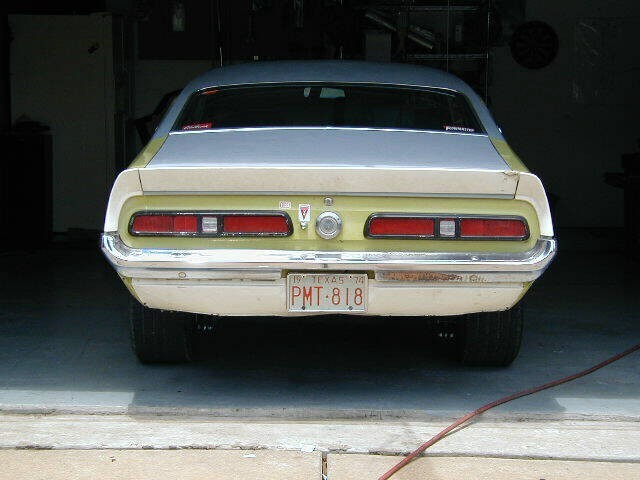 I only had to drill on bolt hole for each light, then take off my kill switch, drill another hole for it and mount it halfway between the light and fuel fill tube. Will keep them black for a while but my polish them back to chrome. It appears decent underneath the black paint. If it isn't I can always powdercoat them in silver. I will also take the light socket out of two other lights and install them in the inner panel so that all 4 red panels light up. Right now, as stock, the inner panels are just a reflector. Scored these from Terry Hawkins (Hawkco) for $75 plus two sets of stock lights. He will use the two stock sets to make another elongated set for himself with some sort of different setup.

7/13/07--OOOPS! Brought home a non-running, but fixable Sea-doo...I have a feeling I won't be doing much work on the Maverick for the rest of the summer, since jet skiing is more conducive to the local weather during summer months.

I will still take the car to the track if the weather ever stops raining. It is one of the wettest summers in Houston history, so even that may not happen.

Anna got bored this summer so we rescheduled our 10th anniversary trip to Hawaii to this summer, so that should put a dent in what I will be able to do time-wise, and money-wise...