9/7/07--Didn't do anything for all of August. It was too hot, and rained almost every day keeping it nice and  humid.

Last night, I dropped the fuel tank and removed the fuel pump from the inside of the fender well where it resonated throughout the car. I had two holes already in the rear frame rail from where the large bumpers bolted up and the metal there was double-thick...there was a sleeve inside the rear part of the rear frame rail for extra strength and structural stability for the bumper. The holes were a bit high on the frame rail (the lower you mount the pump in relation to the tube coming out of the tank, the better it works) and they were about an inch to far apart to fit the pump's bracket. So I made a drop bracket to lower the pump 3", then put rubber grommets on both sides of the bracket where it attached to the frame rail, and bolted it up. It wiggles a little because of the rubber bushings, but it is completely silent now. Since I could not really torque down the nuts because of the give of the grommets, I just got it nice and tight and double-nutted it to lock it on so it never works itself off. I also put some 90* angles on the pump to limit the twist and curves of the fuel line. This is temporary, and I will soon replace all the fuel lines and fittings with braided stainless and aluminum AN fittings. 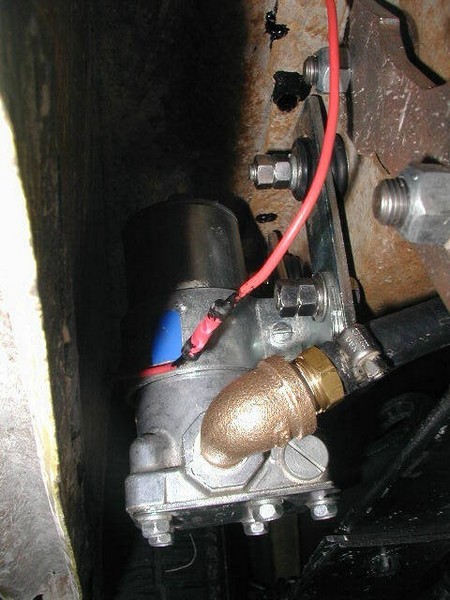 I also got the painted backseat armrest panels reinstalled and put in the backseat "dog perch" and fire extinguishers. I have one of the Honda seats installed on the driver side, but it sits too high and really doesn't fit well on the stock seat brackets. So, I am in the market for Probe or other smaller Ford car seats, or maybe aftermarket seats.