11/3/07--Well, now I have really messed it up. I went out this afternoon with thoughts of narrowing down where the header leak (sounds like a tap) is and verify that a leak is what it is. But when I fired the car up, I heard another tap on the passenger side (header leaks under the spacer on driver side).

I drove it about 20 miles thinking it was valvetrain clatter and might tighten up after it got warm but it actually got worse.

Got home and pulled the valvecovers, and started to check the play in the rockers. Intake on #3 cylinder was very sloppy, right where I was hearing the tap. No amount of adjustment would fix the slop. As I tightened down the bolt that holds the rocker on, the bolt would bottom on the rocker mount LONG before the rocker contacted the pushrod. After checking everything else out, I found this... 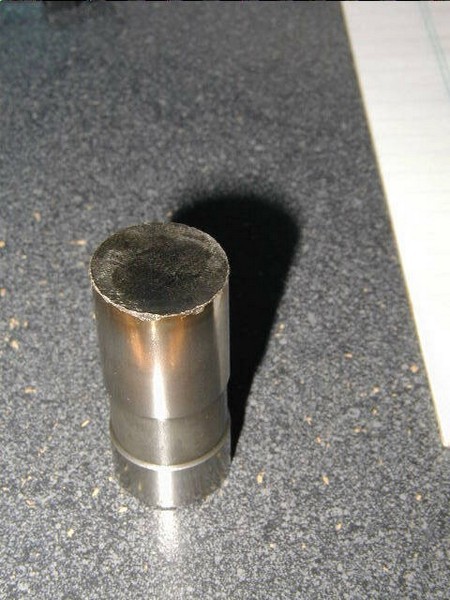 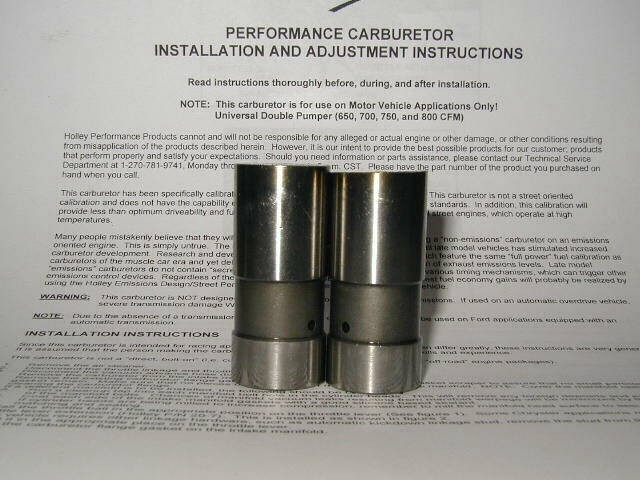 I pulled off the intake manifold and popped out the lifter and it was in pretty bad shape. There is actually a concave face on the worn side of the lifter. The cam doesn't look as bad, but is worn on the edges so that the center of the lobe is raised in a rounded fashion. So I am going to have to put in a new cam and all new lifters.

Good thing about this is it gives me a chance to put on my non-ported Torker 289 intake, and fix some items that I should have done differently the first time around, such as better heater hose assembly on top of the manifold, swap to a double roller timing chain, and BIGGER CAM!!!

But there is a new block a guy has for sale, 5.0 fresh rebuild. Some guy bought it to put in his truck but couldn't get it to run. I assumed it was wired up to the old 302 firing order and asked the guy in possession of the engine if I could disassemble it and see what was inside. Here is what I found. It WAS wired up to the wrong firing order, and 2 cylinders were still CLEAN and SILVER from never having been fired upon.  So new rebuilt block for me. 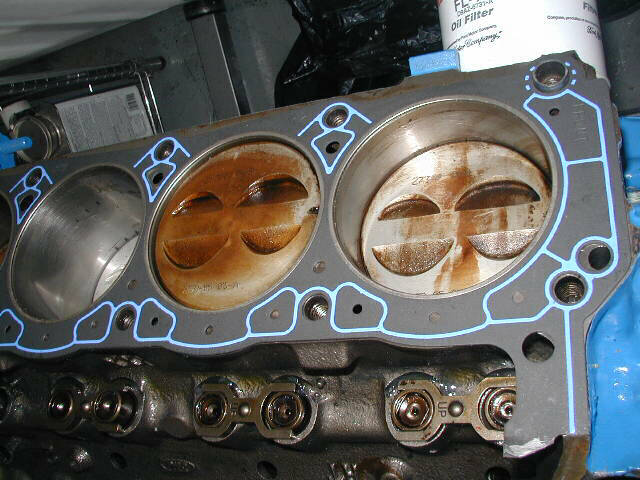 Have likely identified the culprit of the failed lifter as improperly matched valve-springs for this cam and the problem exacerbated by the 1.7 rockers.  Found soft chunks of what several guys believe is cam bearing (maybe parts of main bearings) and assume the damage has been done to mains also. I just happened to come across a barely used 5.0 at a local shop. I found it the day the tap started, but didn't think anything of it until I found the chunks in the oil pan. So, rather than rebuild a very old 8:1 compression engine, I bought this "new" one for rebuild. It has almost no miles on it. It is a remanufactured O'Reilly product that some guy tried to put in his truck. He could never get it to run right, took it to the shop, and gave up on it telling them to sell it to pay for his bill. I got the engine for $200. Popped off the heads and one cylinder has never been fired on, so I am assuming they wired it up for the wrong firing order (302/5.0 have two different firing orders). So, I am in the process of cleaning it up, converting it to roller status, and will drop my heads and pan on it for 9.5:1 compression and much more power.

I also got a set of roller lifters, and will be getting the "spider" frame that holds them so the rollers line up with the cam in the next few days.

Still need flywheel, new valve springs to prevent this from happening again, and a new distributor gear. I might run it like that for now and swap converter to 3000 when I have the trans rebuilt. Or, I might do them early next year before I drop in the motor, depending on how long it takes me to gather parts.

11/19/07--Got to thinking...a bunch of the stuff I have "billed" for aren't still on my car due to selling parts and swapping out the engine. So another adjustment to the final selling price.

11/28/07--Got the dogbones and spiders, and a 2nd set of roller lifters from Rick Book today. Installed the heads, new valvesprings, lifters, spiders, dogbones, and oilpan. Butch will send me pushrods and then I will finish the heads and install the intake. Then just dampener, flywheel, new converter, and a new starter. 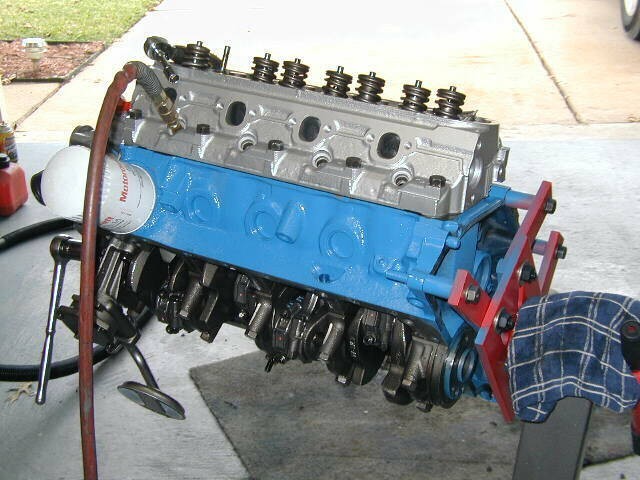 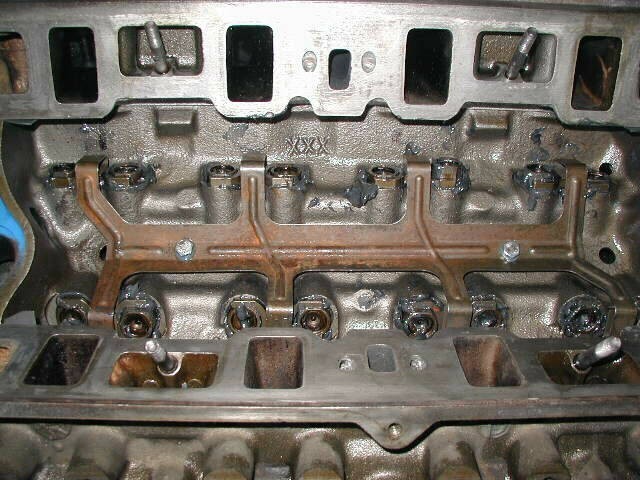 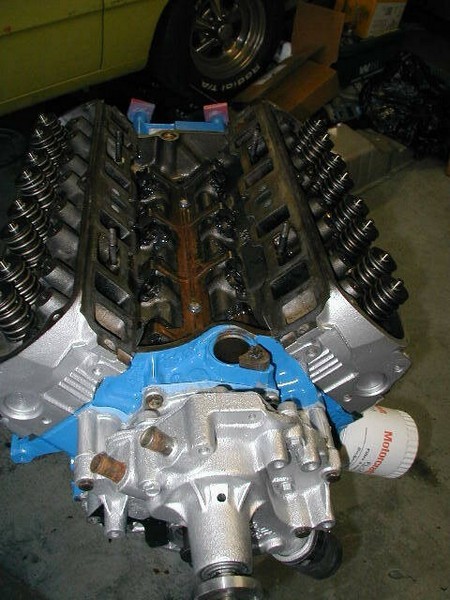