10/22/2005--Finally got home from Guam and Hawaii, and needed to get those shock towers finished so I can install heads, headers, and get the car running again. Used a Lincoln Weld-Pak 100 wirefeed welder. $36 per day from Home Depot Tool Rental. It took a little over 2 lbs of wire, .035 core-flux.  I also burned up my cheapo angle grinder when I was almost done with the tops, so when I took the welder back, I bought a Dewalt to replace it. To rent the angle grinder would have cost me $18 per day, but I found the Dewalt for $64. When I got it to the register, it was on sale for only $32. 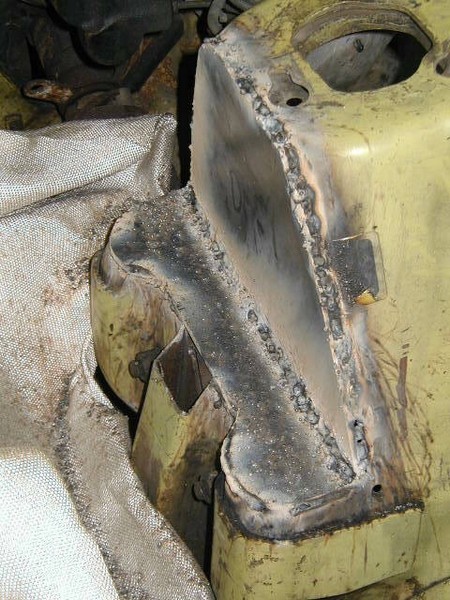 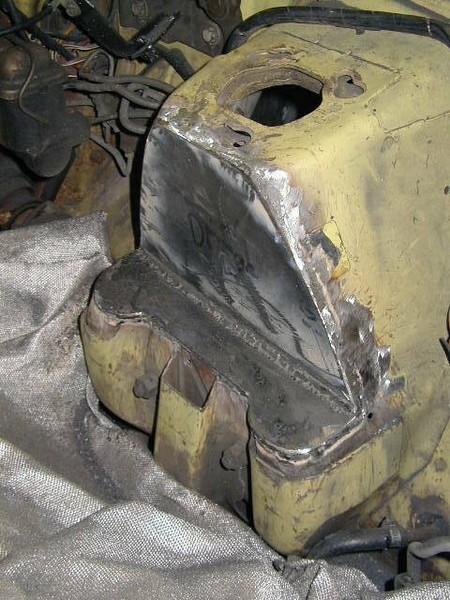 Just a little more grinding to clean up some of the slag, then a coat of primer and paint, and put the heads back on. Despite the rough look of the "clean" picture, it is actually much cleaner. The flash shows many rough areas that are not really there. The weld in the middle is still a bit rough, but I will leave that just for extra strength. I will grind just a little under the fender just to knock off the high slag-spots. I don't care if it is rough under there, since nobody will see it, and any extra slag/weld will only add strength to the tower.

The shock tower cuts make all the work in the engine compartment MUCH easier. The best thing I ever did for the car...wish I would have done it first thing when I got it.

Currently working on cutting down a 5/8" spark plug socket so it will fit better around the headers. I am working with Barry McDaniel on the Forum to cut it down, and cut a window in the side so it will slide in at an angle around the plugs. I will post a picture when I get it done. It is going to be a weird looking tool when finished, but will make swapping plugs much easer.

Had to remove the 2" spacer, and will put it on the "For Sale" page. The Torker is pretty tall, and the spacer made it so I could not close the hood.

Note the leaking tranny fluid...I need to replace the seals at the linkage, still, and I torqued down the pan bolts too tight when it first started leaking, causing them to bind and leak worse. I have the new seals, but am debating on doing a rebuild with a shift kit soon, and am not sure if I want to do a quick fix or the whole thing at once. If I don't make a decision soon, I will end up going broke by replacing tranny fluid! 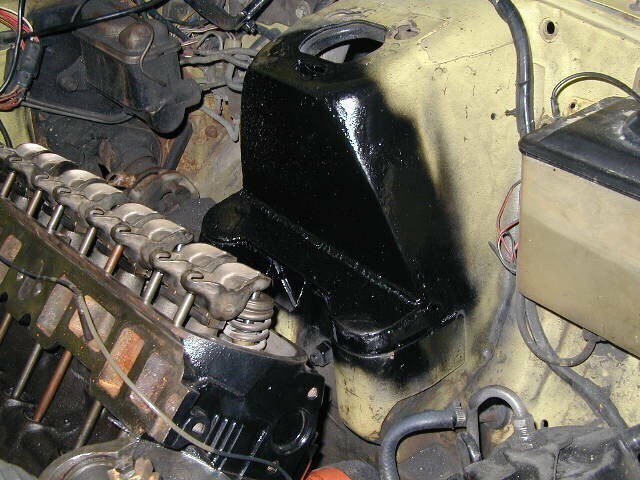 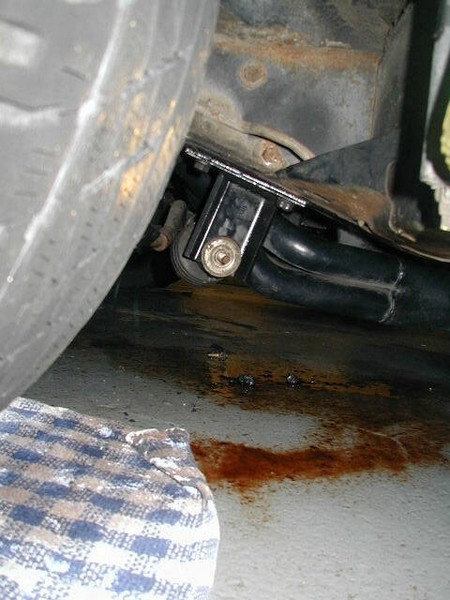