9/3/06--Finally got a DA sander and started taking the paint off the two blue fenders with a 60 grit 6" disk. Have them sanded down to steel, with just a couple of small spots that need filler, including the area around the headlight that I had to pound out. A couple new spots appeared as I sanded (second picture shows one where the blue spot is at upper right corner), so maybe tomorrow, I will work on filling those in with the Lab-Metal filler. 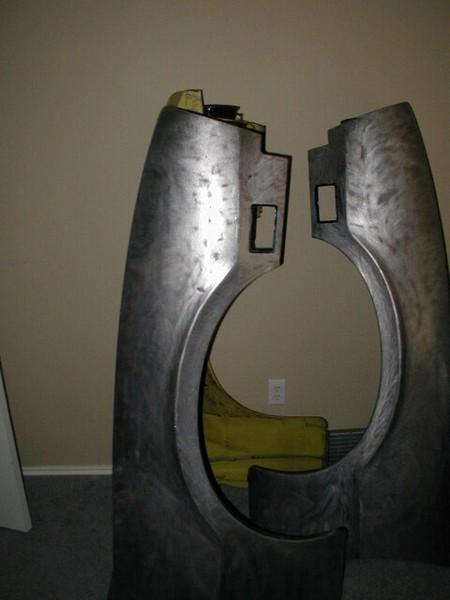 9/9/06--Started to do some bodywork on the fenders, but after trying to get it to feather to a point that I was comfortable with the look, I ended up sanding all the filler off, and got frustrated and decided to let someone else do the bodywork. There was already starting to get a little rust on the surface, even though they only spent a week bare and they were in the air conditioned house, so I figured I had better get them covered with something, so I shot a good heavy coat of epoxy primer right over the dents and all.

I made a small paint booth in the garage with the top half of a 10X10X10 tent, then clear plastic all around, all on top of a tarp. I put some slices in the rear, and a slip-in entry way, then cut a hole in the front just smaller than a shop fan. I put the shop fan inside blowing out the hole with an air conditioner filter in front of, and behind the fan to catch overspray before it ended up outside the garage. I got a couple of little runs in the paint, but overall, it looks damned good. I will post pics of the fenders after they dry and I can get back in there.

And here is a picture of the primered fenders. The yellow in the background is one of the stock fenders. The new fenders are pure gray. 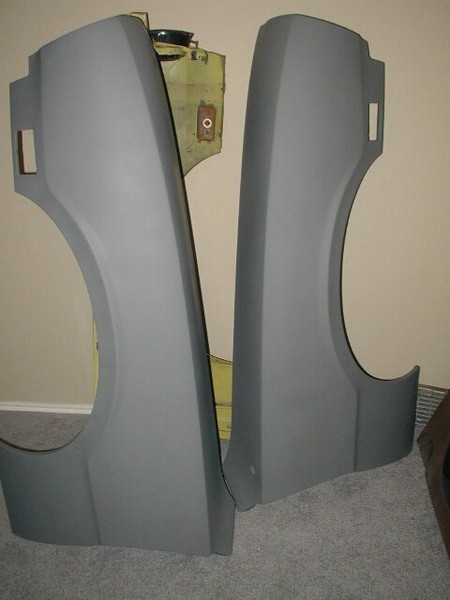 9/19/06--Finally took it out of the garage and for a drive on my lunch break. While I had it out, took a couple pictures. I like this one best... 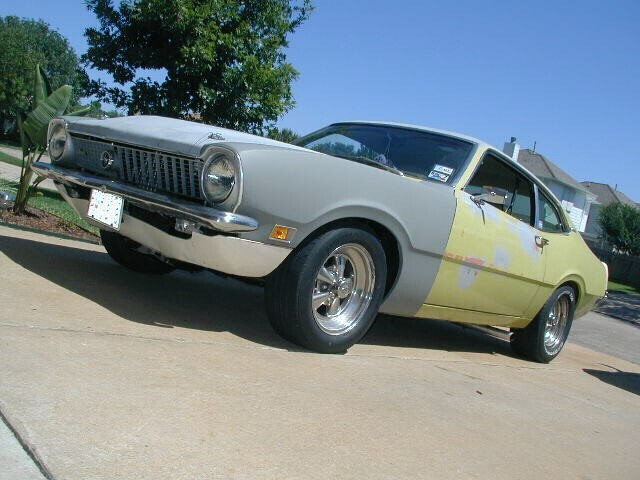 9/22/06--Heading out toward Waco and had to rent a U-Haul to get the car there. I don't want to drive it that far, especially with it still in the 90s and no A/C. We will stay in Temple, about 30 minutes outside of Waco. Baylor University, located in Waco, is having a "meet the teacher" type orientation this weekend, and there is no way we can get a hotel room there. We tried College Station, about an hour outside of Waco, and they are having a game this weekend, and rooms are sparse there, as well. Temple, as far as I know, has nothing going on and we easily found a room there. Anna's birthday is tomorrow, so we will head out early today, and have a nice dinner tonight for her. 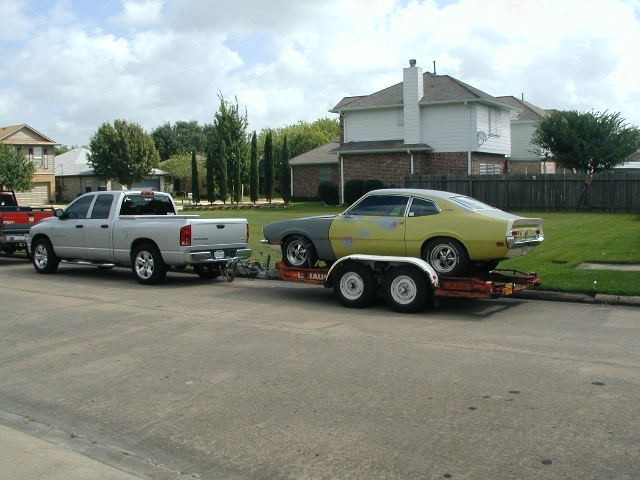 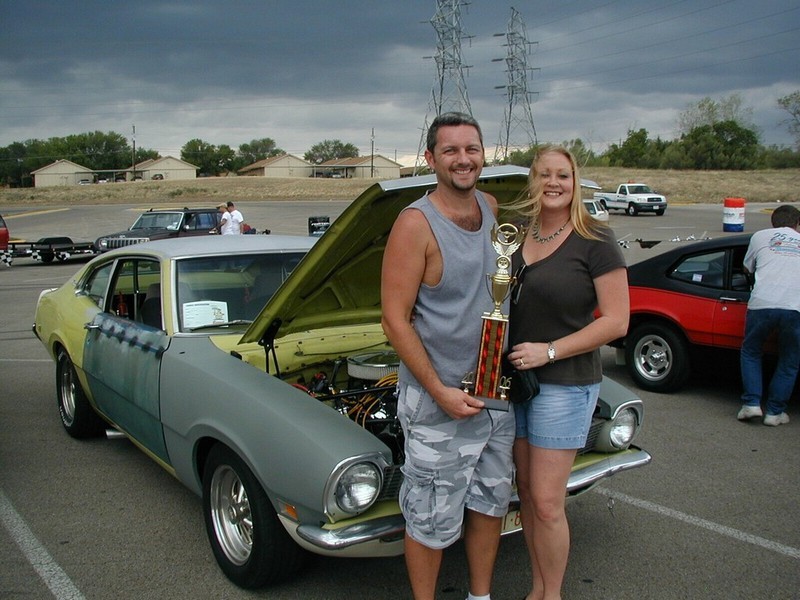 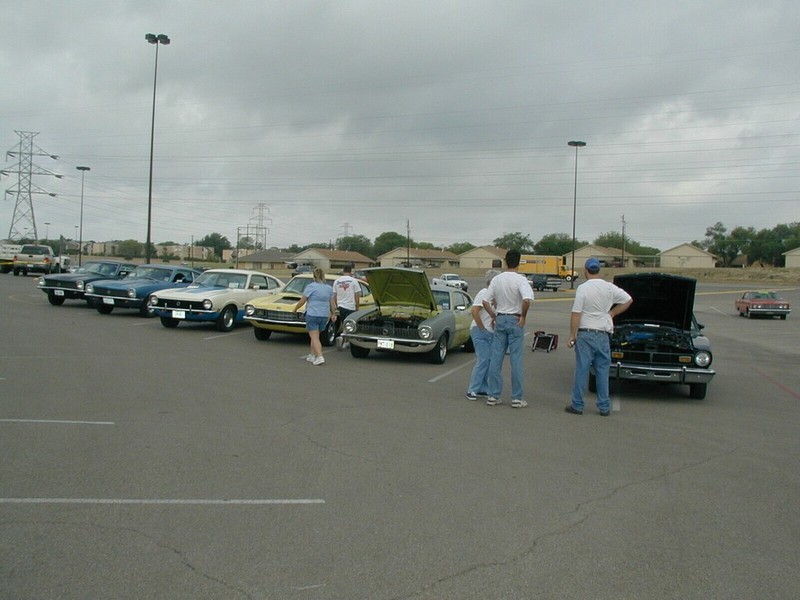